The VA administers a burial benefits program designed to assist eligible claimants in helping with funeral and burial costs of a deceased veteran. The following benefits may be available:

Dependency and Indemnity Compensation (DIC) is a monthly benefit paid to eligible survivors of deceased veterans.

**Under no circumstance does the widow(er) receive the veteran’s benefits after the veteran passes away.**

Payment may be made to the creditor who provided services or furnished merchandise in connection with burial, funeral, transportation, plot or interment; or the person or persons whose personal funds were used to pay such expenses; or the representative of the estate of the deceased veteran when estate funds were used to pay the expenses.

The VA shall furnish one United States flag at no cost to the family of a veteran who served honorably in the U.S. armed forces or for reservists or National Guard members who:

There are six options of markers available:

There is an option of religious symbols to be placed on the marker. To view them all click HERE.

The VA also offers a medallion that can be placed on a private marker in lieu of a VA grave marker. The medallion comes in 1 1/2″, 3″, and 5″, and they are not personalized like the grave marker.

The VA will provide, at no expense, certificates which honor the veteran’s memory. These certificates are stamped with the current president’s signature and can be requested for as many family members as desired.

Refer to our full list of departments for individual department locations, hours, and contacts. 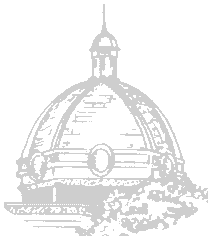